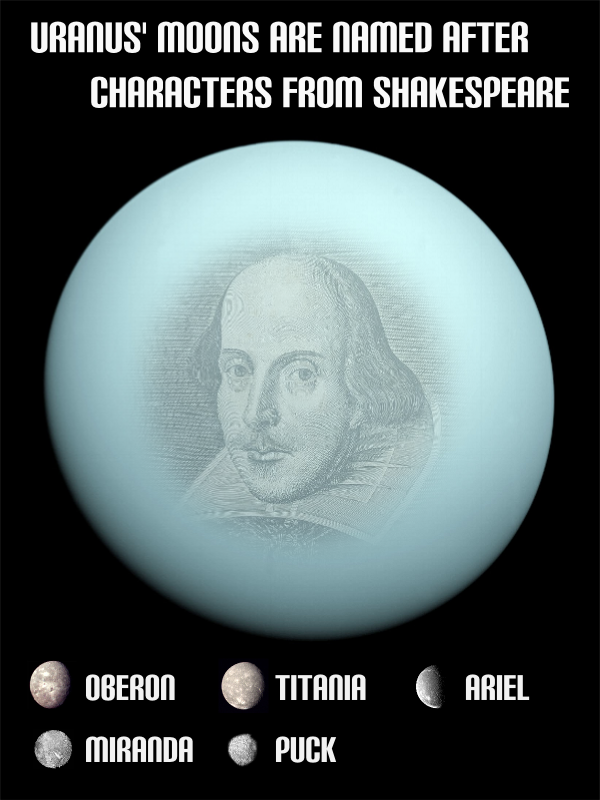 Uranus’ moons are named after characters from the works of William Shakespeare and Alexander Pope.

Titania and Oberon were discovered in 1787 by William Herschel, Ariel in 1851 by William Lassell, Miranda in 1948 by Gerard Kuiper and Puck was discovered by the Voyager 2 spacecraft in 1985.