Here’s a list of my 5 favourite interactive space visualisations that are both fantastically put together and visualise a particularly cool aspect of space or astronomy, I hope you like them.

OMG Space – A scrolling map of the Solar System, beginning with the Sun at the top of the page and ending with Eris at the bottom, with all the planets and dwarf planets in between.  The Sun, planets, dwarf planets and the distances between them are all to scale. 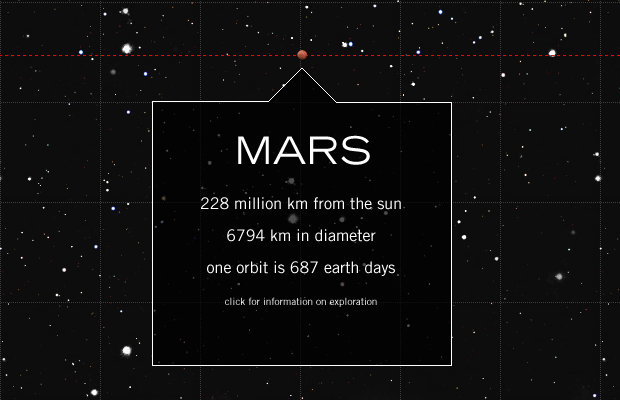 Scale of the Universe – This graphic begins at quantum level and scales all the way the way up to encompass the entire universe. The graphic covers animals, buildings, countries, mountains, planets, stars and galaxies on the way out and any object can be clicked to find out more about it. 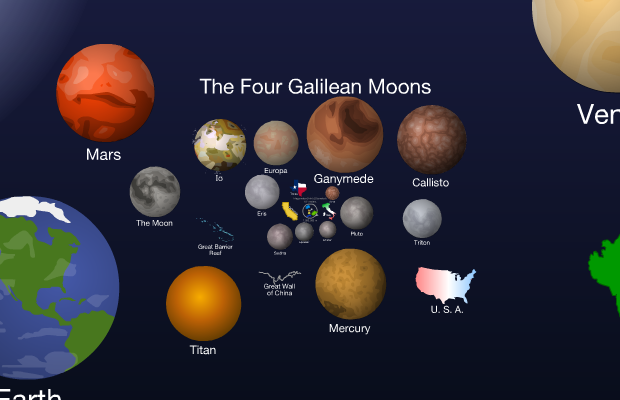 XKCD Exoplanets – This is an interactive recreation of XKCD’s All Known 786 Planets. Hovering over a planet provides information on the name, atmosphere, radius, distance to sun and the year discovered while switching colour schemes help visualise either the size or the orbit distance.  Look out for a Hitchhikers Guide to the Galaxy Easter egg. 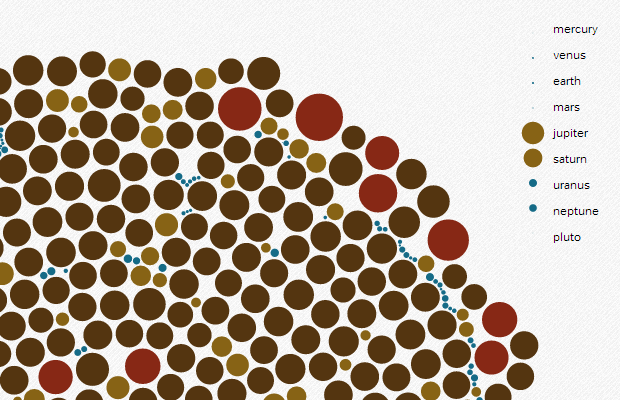 Kepler Planet Tally – More exo-planets! This graphic from the New York Times shows the orbits of planets discovered by the Kepler mission. The size of the stars/planets and the distance/speeds of the orbits are both visualised. There are even a few binary star systems.

Bolides – A visualisation of the 1,107 witnessed meteorites from the total 45,716 that have been recorded from 2500BC up until the present day. Information on the mass, size, location and of the type meteorite can be found by clicking on a particular year. 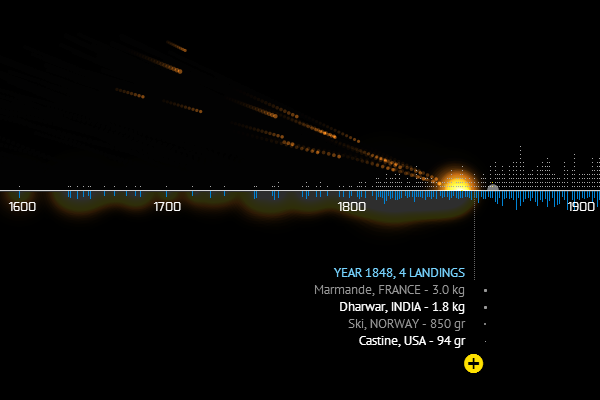 An honourable mention to Asterank.com – A 3d animated model of mapped and predicted positions of thousands of asteroids in the solar system broken down by metrics such as most valuable, cost effective and accessible.

Are any interactive astronomy & space visualisations missing that deserve to be included? Let me know in the comments.