Well hasn’t this been an interesting week for discoveries, first a solar system with four suns was identified and now a planet in the closest star system to our own, Alpha Centauri, has been discovered.

The quadruple star system is composed of a pair of stars orbiting a common centre of mass which are in turn orbited by another set of binary stars. Additionally the first set of stars are also orbited by a planet that is slightly larger than Neptune that has been name PH1 after the Planet Hunter site that it was spotted through. This system (Kepler-35b) is around 5,000 light-years away.

The other big discovery this week was of the closest exoplanet, found orbiting Alpha Centauri B (the smaller of the Alpha Centauri pair), the planet has approximately 1.1 times the Earths mass and is roughly the same size. Due to the planets proximity to its sun (around 6 million miles, even closer than Mercury to our own sun) it has a surface temperature of 2,200 degrees. 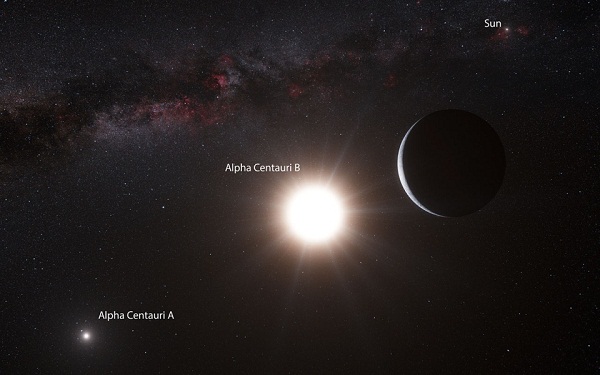