The Hubble Telescope has discovered a fifth moon in orbit around Pluto. This adds to its current satellites Charon, Nix, Hydra and the unnamed P4 (discovered 20th of July 2011). The newest discovery, currently referred to as P5, is estimated to be an irregular shape about 10 to 24 km across making it the smallest of the moons. P5 is estimated to be orbiting at an average of 46,800 km from Pluto. 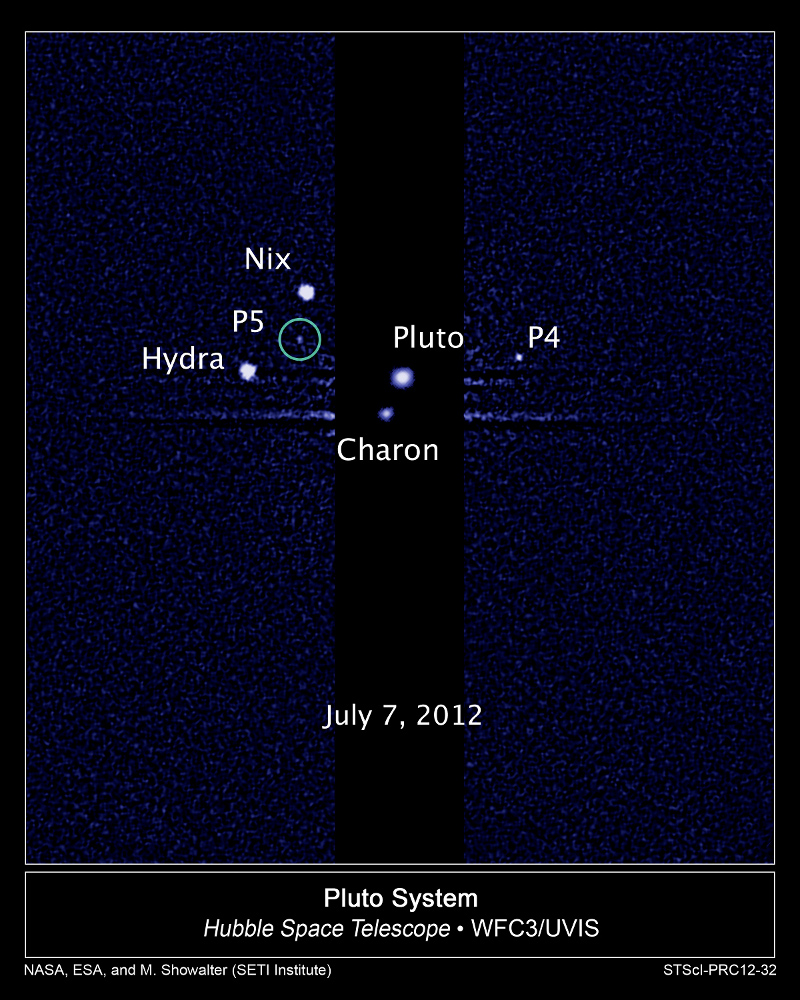 The photograph was taken by Hubble’s Wide Field Camera 3 on the 7th of July 2012. Full release NASA.