On the July 19th NASA’s Cassini spacecraft took 323 separate images of Saturn one  set of these captured the Earth as viewed from the dark side of Saturn at a distance of 1.44 billion km, the Earth is the blue dot to the centre right of the image. The separate images will eventually be released as a combined mosaic of the entire Saturn ring system and Saturn itself. More on this image and a close up of the Earth where the Moon is visible can be found here: www.ciclops.org. 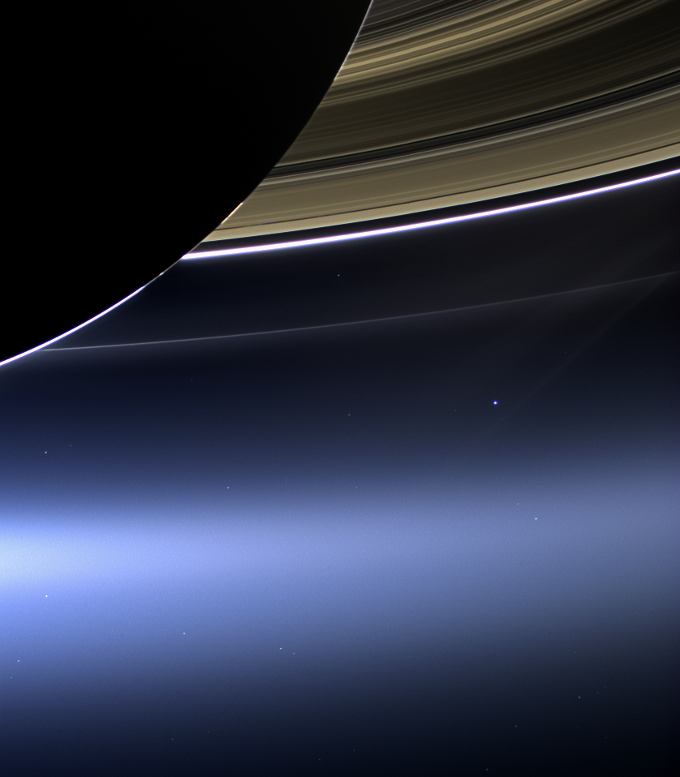 On the same day another image of the Earth was taken from Mercury taken by the MESSENGER spacecraft at a distance of 98 million km. The Moon can also be seen in this photo as the smaller dot to the right of the Earth. visibleearth.nasa.gov 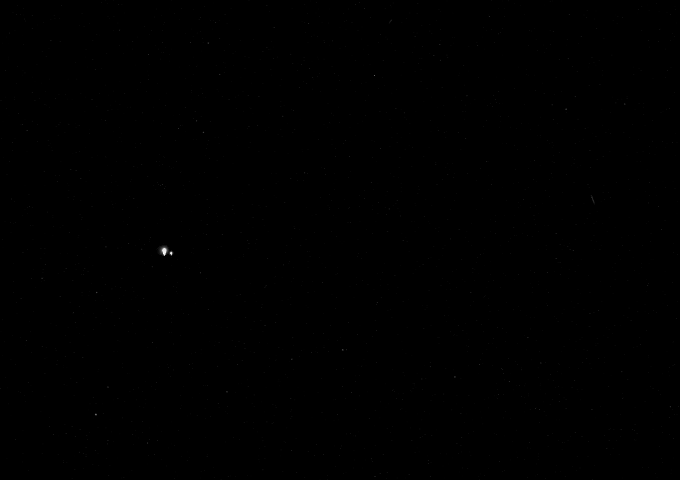 Other images of the Earth from deep space include this older photo taken by Voyager 1 in 1990 (the Earth is the white speck in the upper brown band) at a distance of 6 billion km about which Carl Sagan famously wrote “From this distant vantage point, the Earth might not seem of any particular interest. But for us, it’s different. Consider again that dot. That’s here. That’s home. That’s us. On it everyone you love, everyone you know, everyone you ever heard of, every human being who ever was, lived out their lives”. This image is known as the Pale Blue Dot. visibleearth.nasa.gov 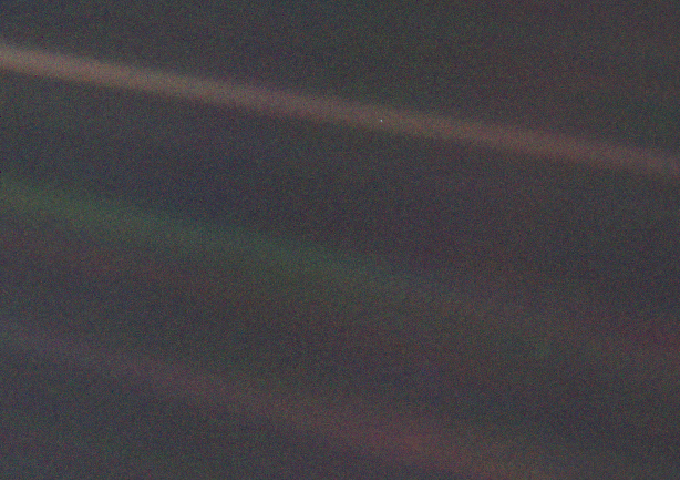 Another view of the Earth and Moon from space includes this one taken from Mars in 2003 by the Mars Global Surveyor, 139 million km from the Earth. The full image also captures Jupiter from a distance of 1 billion km and can be seen here: www.msss.com. 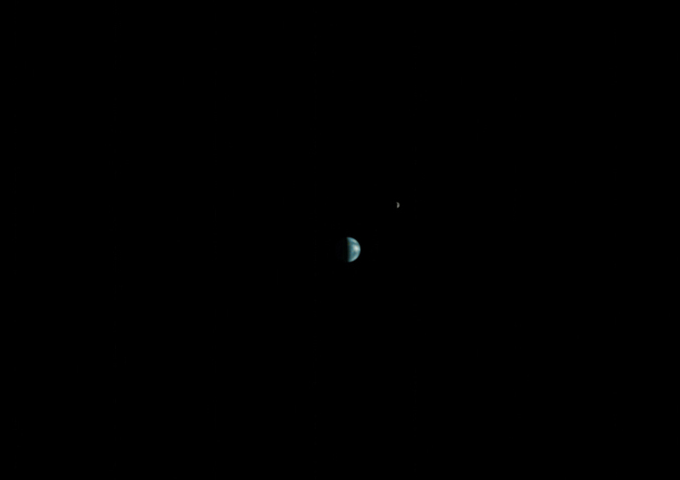 This final image of the Earth and Moon was taken from the Juno spacecraft while on its way to Jupiter on August 26th 2011 from a mere 9.66 million km. www.nasa.gov 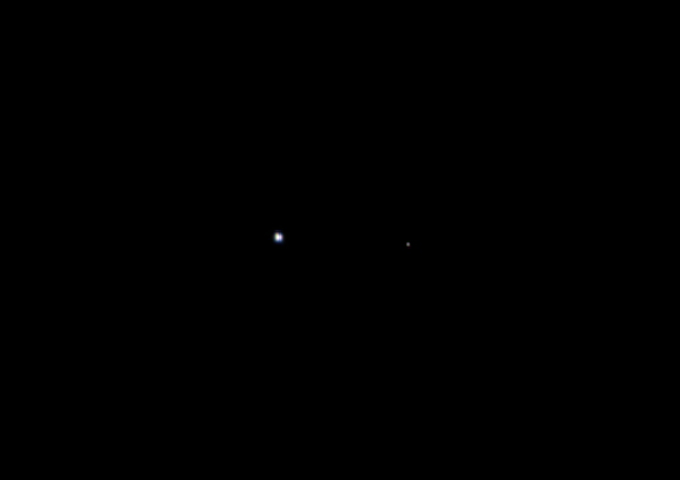