There are more than 194 moons of the various planets, dwarf planets in the solar system. The planets Mercury and Venus do not have any moons and neither does the dwarf planet Ceres. Find out the number of moons each planet has and their names below.

The Earth has a single moon; the Moon sometime also referred to as Luna. 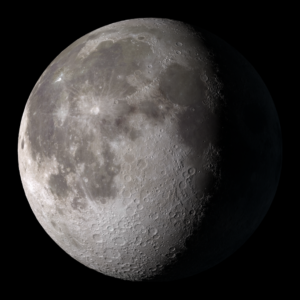 Mars has two moons called Phobos and Deimos. They were discovered in 1877 by astronomer Asaph Hall, who named them for the Latin terms “fear” and “panic”. These moons are thought to be captured asteroids and are among the smallest natural satellites in the solar system.

Jupiter is swarming with at least 79 moons in orbit around it, the second largest number of natural satellites around any of the planets.  Jupiter’s 4 largest moons; Ganymede, Callisto, Io and Europa are known as the Galilean Moons, named after their discoverer Galileo Galilei. They were also observed at about the same time by astronomer Simon Marius.

Saturn has at least 82 moons orbiting it, some of them inside the ring system which helps shape the rings. They range from very tiny worlds of less than a kilometer in diameter to spherical moons such as Titan. Their shapes range from irregular worlds to ellipsoidal to almost completely rounded. The first of Saturn’s moons to be observed was Titan in 1655 by Christiaan Huygens, another moon was not found until 1671 when Giovanni Domenico Cassini discovered Iapetus. Two of Saturn’s moons (Janus & Epimetheus) swap orbits every 4 years.

Uranus is known to have 27 in orbit around it. The five largest are Puck, Miranda, Ariel, Umbriel, Titania, and Oberon. The innermost moons are similar in characteristics with the thin rings. The five largest moons are rounded, and four of them show some kind of internal activity which shapes their surfaces. William Herschel who discovered Uranus in 1781 also observed the largest two moons, Titania and Oberon, in 1787.

Neptune has at least 14 moons. The largest of these, Triton was discovered by William Lassell in 1846 one day after the discovery of Neptune, it was more than 100 years later before a second moon was found. The most distant moon of Neptune is called Neso, and orbits so far away that it takes 26 years to make one trip around the planet.

Hydra, Nyx, Styx, and Kerberos are the smaller moons of Pluto. They lie out beyond Charon. Nix and Hydra were discovered using Hubble Space Telescope on May 15, 2005. They have nearly circular orbits at 48,700 and 64,800 kilometres, respectively. Kerberos was discovered in 2011, and Styx was found in 2012, both by Hubble Space Telescope. These four moons rotate chaotically on their axes. These moons were likely created during a giant collision, which scattered these tiny worlds into orbit around Pluto and Charon. 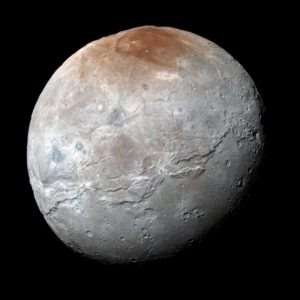 Both of Haumea’s moons were discovered in 2005 from observations made by the W. M. Keck Observatory.

Makemake’s moon was discovered in April 2016 in observations by by the Hubble Space Teletype.

Eris’ only known moon was discovered in 2005 by Mike Brown and the adaptive optics team at the W. M. Keck Observatory.