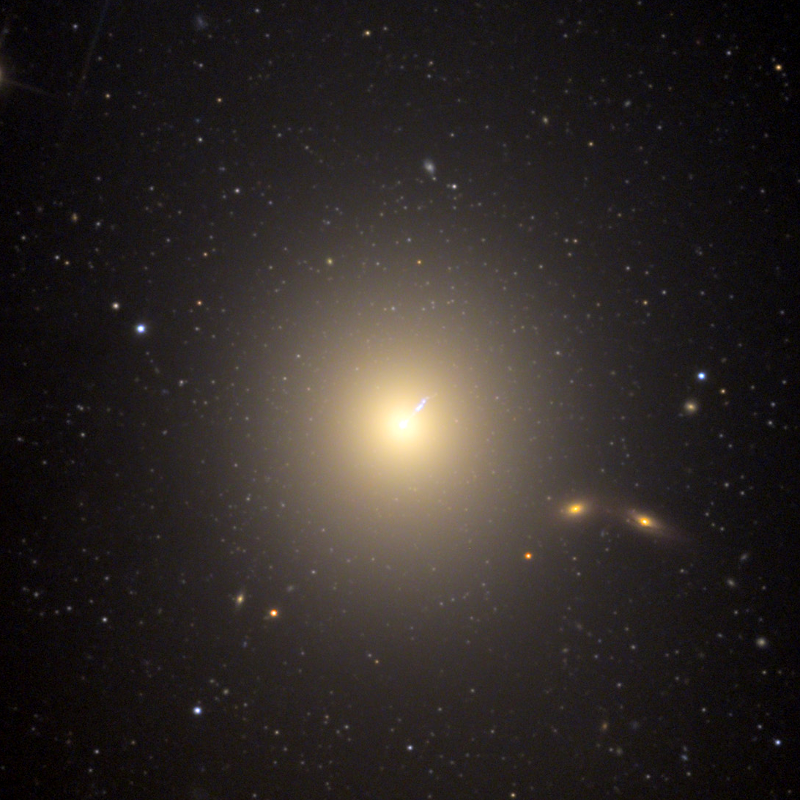 The massive galaxy M87 is the most spectacular example of an elliptical galaxy we can see from Earth. The most fascinating feature of this galaxy is its jet, which is visible in optical light as well as x-rays and radio emissions.

The jet extends from the central supermassive black hole of the galaxy and reaches out about 5,000 light-years. As a true elliptical galaxy, M87 has no obvious dust lanes and very little evidence of star formation. It likely formed from a recent merger between two other galaxies.