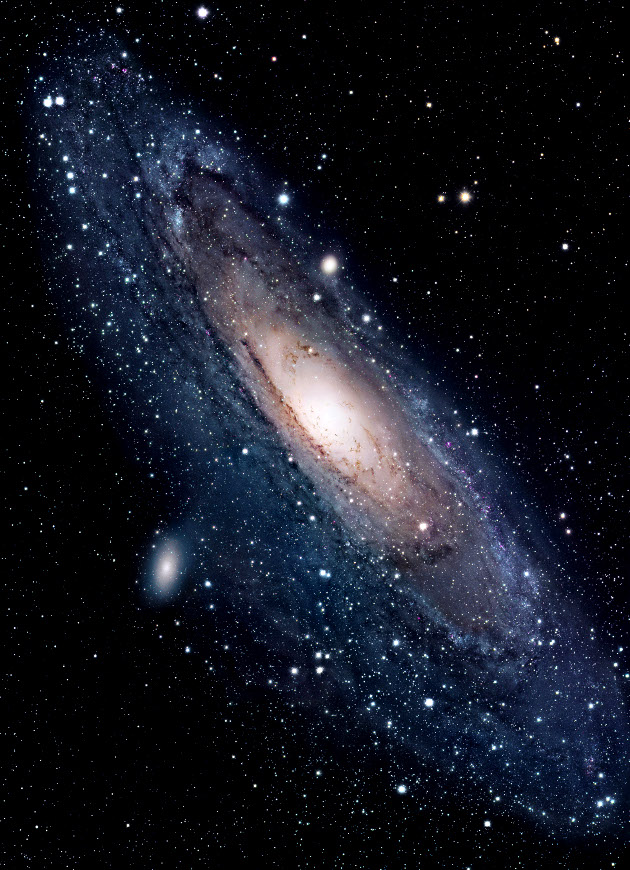 The Andromeda Galaxy (M31) is the closest large galaxy to the Milky Way and is one of a few galaxies that can be seen unaided from the Earth. In approximately 4.5 billion years the Andromeda Galaxy and the Milky Way are expected to collide and the result will be a giant elliptical galaxy. Andromeda is accompanied by 14 dwarf galaxies, including M32, M110, and possibly M33 (The Triangulum Galaxy).