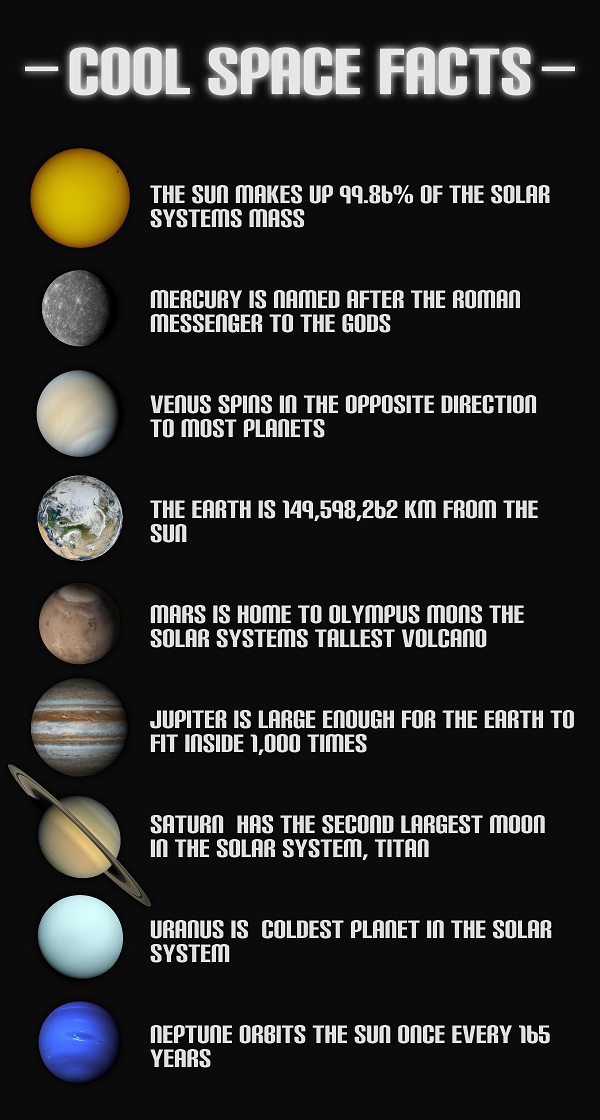 A collection of cool facts about the Sun and all the planets in our solar system (sorry Pluto).