I noticed the other day that it’s now possible to compare different planets, moons and dwarf planets when searching in Google. I’m not sure how long this has been around or if it’s a new feature or not but I haven’t seen anyone else mention it. I’ve experimented with a couple of searches and recorded what queries I was able to find that return the comparisons, as well a few issues I spotted with these results as they are.

There’s a couple of different ways to bring the comparison as seen in the images below by using the words “compar(ed)” and “vs” in your search, the following searches all return a comparison: “compare Mars and Venus”, “Saturn compared to Neptune” and “Uranus vs Jupiter”. 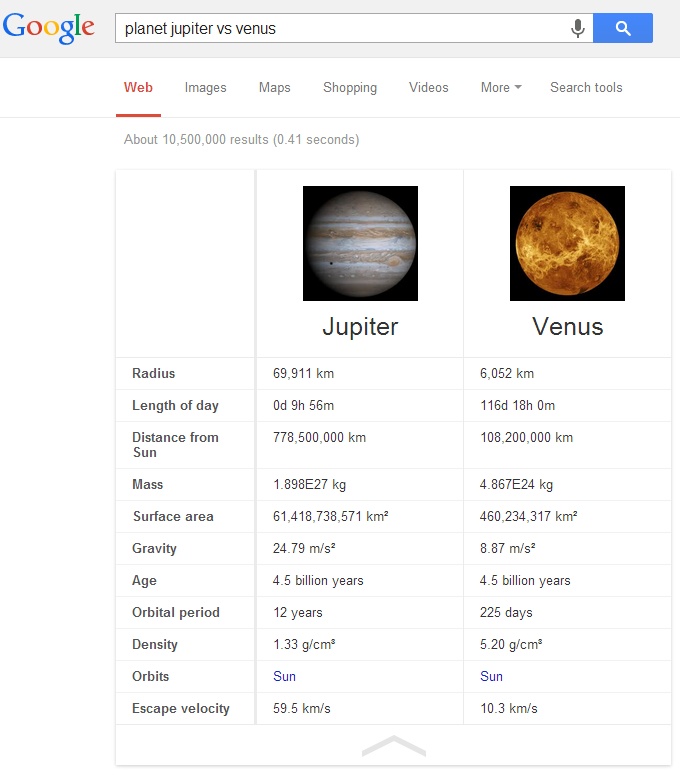 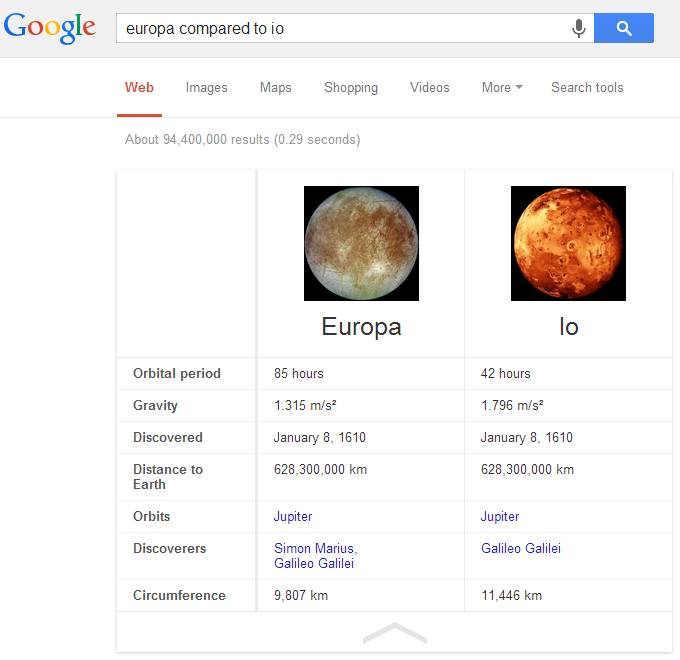 The one other astronomical object I’ve found that can be compared are the dwarf planets but there’s a lot less information displayed than when comparing planets and moons. 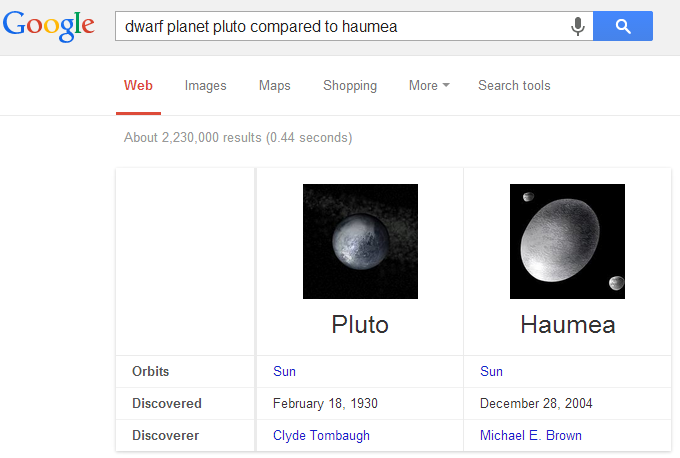 All the Planets, Dwarf Planets and Moons can be compared against each other using searches along the lines of “dwarf planet Ceres vs Mercury” and “Jupiter compared to the Moon”. 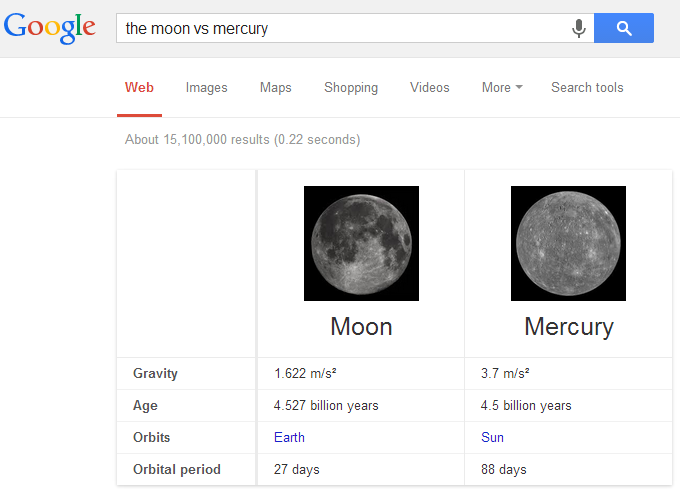 I assume all this information is being taken from Wikipedia as that’s where Google seems to pull a large amount of its knowledge graph data but the lack of a source in the comparison is a bit disappointing.

Has anyone else spotted any astronomy related comparisons that bring up a special result in Google?