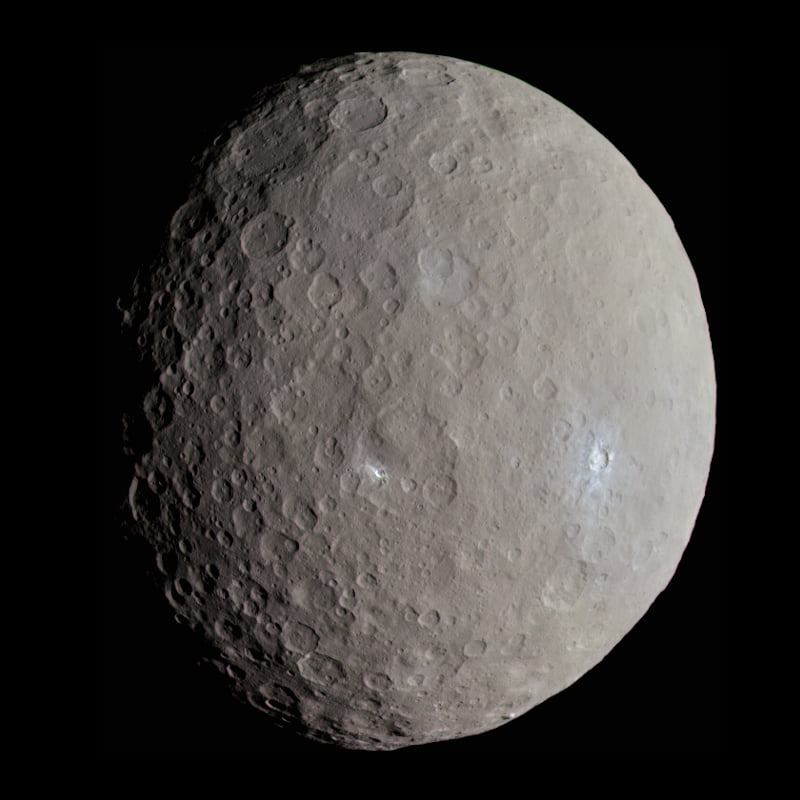 Ceres is the closest dwarf planet to the Sun and is located in the asteroid belt, between Mars and Jupiter, making it the only dwarf planet in the inner solar system. Ceres is the smallest of the bodies current classified as dwarf planets with a diameter of 950km.

Facts about the Dwarf Planet Ceres